Orthodontists frequently encounter patients with minor crowding who are looking for quick and inexpensive options to align or realign their anterior teeth. It is also not uncommon that these patients are unwilling to wear traditional braces and are seeking a removable alternative, such as clear aligner therapy. Fortunately, with many choices available in clear aligners today, orthodontists now have the ability to choose the best aligner specific to their patient’s individual needs. In the case presented below, the option of ClearCorrect and AcceleDent addressed one patient’s concerns in less than ?4 months of treatment time.

Figure 1: A 32-year-old female patient presents with a Class I malocclusion. Her main concerns were lower anterior crowding and the upper anterior space between her front teeth. The patient had previously worn traditional braces and did not want to do so again.

A 32-year-old female presented with a Class I malocclusion, with chief concerns being (a) lower anterior crowding and (b) the upper anterior space between her front teeth (Figure 1). She reported that although she had worn traditional braces previously, her lower crowding had worsened over time and she was concerned it would continue to worsen. She had no concerns with her occlusion and stated that her bite was comfortable. It was noted that her personal obstacles to undergoing orthodontic treatment were treatment time, treatment cost, and that she would not wear traditional braces again.

Clinical and radiographic exam revealed a Class I malocclusion with mild upper arch misalignment and a 1.5-mm diastema between tooth #8 and tooth #9, which were both mildly tapered in shape. The lower arch had moderate anterior crowding, and the patient had a single tooth right posterior cross bite of tooth #2 and tooth #31 (Figures 2 and 3). The cross bite was functional, and there were no working or nonworking interferences. Her periodontal, jaw function, and soft tissue examinations were unremarkable, and no contraindications to orthodontic treatment were present.

Figures 2 and 3: Radiographic exam confirmed a Class I malocclusion with mild upper misalignment and a 1.5-mm diastema between #8 and #9, as well as mild tapering of those teeth. The lower arch displayed moderate anterior crowding and a single tooth right posterior cross bite of tooth #2 and #3.

The patient had a scan performed using the iTero® intraoral scanner from Align Technology Inc. The scan was then uploaded to ClearCorrect’s online doctor’s portal along with photos. When submitting the case online, we addressed the patient’s anterior teeth with minor expansion in the bicuspid area. We requested the space be closed on the upper arch, at which point we requested a virtual elastic chain be used to overclose spacing. We estimated that one to two overcorrection trays would be needed to ensure all spacing would be fully closed.

The treatment prescribed consisted of 12 ClearCorrect aligners to be worn 20 hours per day, and the AcceleDent was to be applied with the aligners in place for 20 minutes per day. As long as the AcceleDent was applied each day, the aligners were to be worn for 10 days (as opposed to ClearCorrect’s normal wear time of 3 weeks). No IPR was prescribed for her case. Attachments were placed on all four first bicuspids to help secure the trays on her teeth.

The first sets of aligners were then received from ClearCorrect, which ships the aligners four sets of trays at a time, otherwise known as a phase. This allows for changes to be made midtreatment, should the need arise. The patient was extremely compliant and wore her ClearCorrect aligners as prescribed. 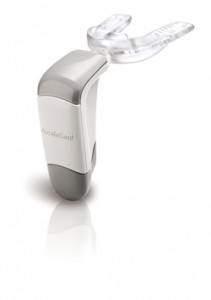 In conjunction with ClearCorrect aligners, the patient used the AcceleDent device for 20 minutes each day during treatment. Treatment time was reduced from an estimated 6 to 8 months to less than 4 months.

She also applied AcceleDent for 20 minutes each day. She was seen in our office every 3 weeks to monitor compliance and response to treatment, and was issued two new trays at each visit.

When the patient came in for her third tray, engagers were placed on teeth #5, #12, #21, and #28. This was completed by first pumicing the patient’s teeth with a medium-grit, no-flavor prophy paste, and then rinsing the patient’s mouth. We then placed the patient in cheek retractors, and prepped the teeth that needed engagers with 3M Unitek’s Transbond™ XT Light Cure Adhesive, plus a self-etching primer.

After prepping the teeth, we filled the engager template voids (templates provided by ClearCorrect) with Tetric Evocream from Ivoclar Vivadent Inc. This material is a state-of-the-art, light-curing, radiopaque, nano-hybrid composite. After light curing the material and removing the templates from the patient’s mouth, the engagers were secure and in the appropriate positions.

The patient reported having no difficulties with the aligners with respect to discomfort, speech, or conforming to the necessary regimen. After tray 3B (third phase, second tray), a final occlusion and alignment evaluation occurred. It was decided that treatment was completed—two trays ahead of schedule and without achieve the desired results.

At this point, it was essential to implement the proper retention protocol to ensure stability, so that the patient would not relapse for a second time. Due to the nature of her case, the decision was made to place a fixed lingual retainer on #8 and #9 to ensure no relapse of the diastema would occur. A fixed lower lingual retainer was also placed (Figure 4). 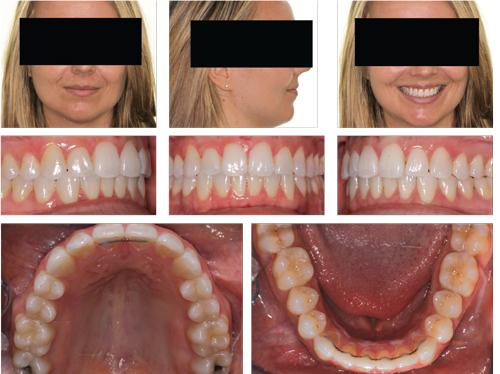 Figure 4: A fixed lingual retainer was placed on #8 and #9 to ensure no relapse of the diastema would occur.

As seen, the combination of ClearCorrect and AcceleDent corrected both lower anterior crowding and upper anterior spacing in fewer than 4 months. The patient was extremely happy with the results, and was thrilled that we were able to achieve those results without the need of traditional fixed appliances. OP

John DiGiovanni, DDS, MS, has been provid- ing orthodontic care to families in the Orange County area for more than 20 years. He received his doctorate degree from the USC School of Dentistry and his orthodontics specialty from the University of Iowa Dental College. In 2003, he earned the distinction of becoming a Diplomate of the American Board of Orthodontics. DiGiovanni previously served as captain of the Orange County Dental Society Peer Review Board.

SmileDirectClub to Sell Aligners Direct to Orthodontists and Dentists

We Can Work it Out